Interesting Honey Bee Facts You Might Not Have Known 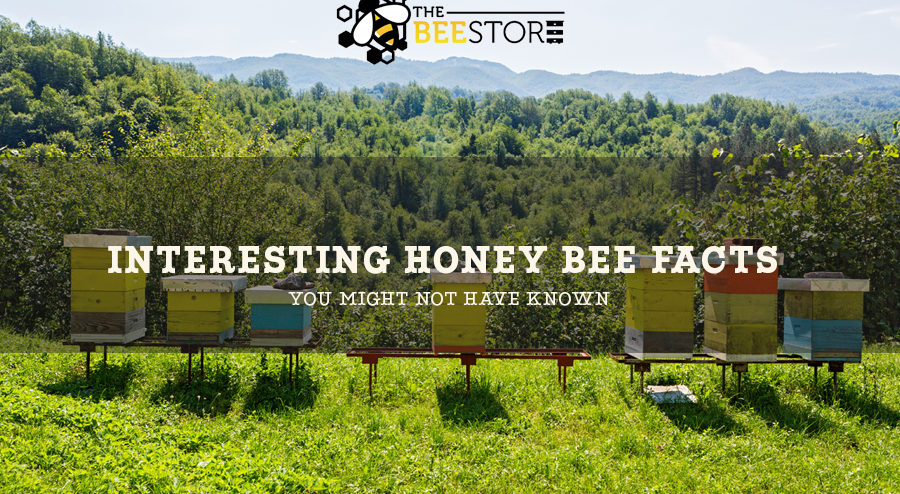 Honeybees are pretty amazing. From what they do for the environment, to their delicious honey they produce in their hives- they are pretty fascinating insects. Let’s cover some facts you might not have known when it comes to the honeybee!

You read that right, the term “worker bee” comes straight from the hives as there is a lot of work to be done to keep a hive running. From foraging to taking care of the babies- every honeybee has a job.

Wow. That seems like very little for how much work a honeybee does! You aren’t wrong, but they don’t live very long lives either. The lifetime of a worker bee is about five to six weeks total.

Queen bees only mate one time

Queen bees live interesting lives. Only a week after they emerge from their cell, she will have only 20 days to mate. If the mating is successful, she will never have to mate again for the rest of her life.

That is a lot of laying! Queen bees work around the clock doing their sole purpose of replenishing the hive. They will lay about 2,000 eggs a day which will equal about 1,000,000 in their lifetime! Once their egg production starts to slow down, the hive will choose a new queen that they will cater to in order to keep the hive going.

Male honeybees, or drones, only serve one purpose

A hive stays a constant 93 degrees all year around

You might have thought that the queen would decide what type of eggs she lays, but it is actually the decision of the hive. The type of bee that is produced depends on what the larvae are fed.

Only the queen bee uses the “restroom” in the hive

Yup, bees are “bee-yond” neat when it comes to their hives. Bees will leave the hive to defecate leaving only the queen bee to use the restroom in the hive. Some bees follow her around to clean it up as soon as it happens!